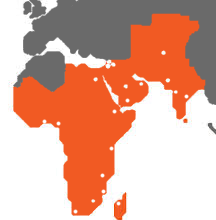 According to Australian industry analyst BIS Shrapnel’s latest Particleboard in the Pacific Rim and Europe 2013-2017 report, Europe is still struggling to return to growth following the global financial and economic crisis – will be the main beneficiary of the boom, with exports set to more than double during the forecast period as chipboard production expands in Belarus, Bulgaria, Hungary, Latvia, and Russia. But the report warns that price growth may be limited as consumption is forecast to significantly lag behind production, unless non-producing regions increase their demand.

“The economic crisis hasn’t ceased for Western Europe, and in 2012 it was the only region with a GDP growth close to zero,” said Bernie Neufeld. “However, if there is one industry that has remained stable in the greater European region, it’s the particleboard production industry – and times are only expected to get better over the forecast period. “Net exports from Europe (excluding Russia and Turkey) are projected to increase substantially over the forecast period, from 2.3 million cubic metres in 2012 to 5.6 million cubic metres in 2017. With prices also expected to increase over the forecast period it’s a good time to be in the particleboard industry in Europe, and you can’t say that about too many industries in europe.”