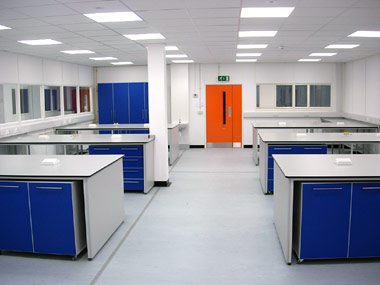 Pharmaceutical compounders, take note: The US FDA wants you to stop using laminated particleboard in your aseptic processing areas. That warning comes by way of a January 2014 Warning Letter to a Texas-based pharmaceutical compounding pharmacy, Home Intensive Care Pharmacy. It was released to the public on 22 July 2014.

In its letter, FDA alleges that the company violated numerous federal regulations, including that it failed to receive “valid prescriptions for individually-identified patients” prior to compounding the drugs. FDA has cracked down on that practice in recent months, issuing 13 Warning Letters citing the deficiency since Feburary 2013. In contrast, FDA only issued two letters citing this in the five years preceding that letter.

But more concerning to FDA, it said, was the unsanitary conditions under which the drugs were allegedly compounded. “Your sterile drugs are packed or kept under insanitary conditions where they might have been contaminated with filth, or whereby they may have been rendered injurious to health,” the agency wrote in the letter.

In one notable instance, the company’s cleanroom—used to compound products under sanitary conditions—used workbenches that were built using particleboard topped with a “laminated veneer.”

“The laminated surface is porous and difficult to clean, and can harbor contamination,” FDA explained, noting that this put the company at odds with 21 CFR 211.42(c)(10)(v).

In other instances reported by FDA, employees working in the cleanroom were improperly gowned, resulting in some employees resting their uncovered arms on the workbenches while processing supposedly aseptic medications.

The company was given 16 days to respond to the agent with specific steps it intends to take to remedy all alleged deficiencies.